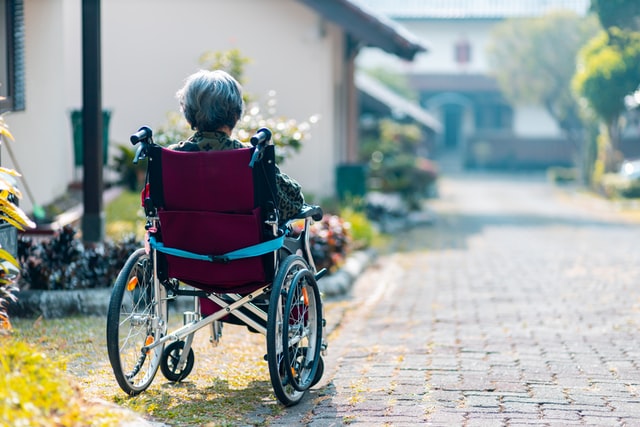 Stem cells have been a prevalent research field for their versatile use as a potential treatment of several different diseases that have remained untreatable, such as Alzheimer’s disease. These cells are unspecialized cells that can replicate themselves indefinitely (self-renewal) and give rise to more specialized cells (differentiation). Due to these unique properties, stem cells can be described as the foundation for all tissues and organs in the human body. Stem cells can be mainly classified into 3 categories: embryonic stem cells (ESCs), induced-pluripotent stem cells (iPSCs) and adult stem cells. The different distinctive characteristics of each category of stem cell as well as their applications in the potential treatment development of Alzheimer’s Disease are discussed in this manuscript.

In the last decade, stem cells have raised great interest in the scientific community due to their promising use in the fields of regenerative medicine, drug testing and discovery and modeling of healthy and diseased tissues. Stem cells are undifferentiated cells that can be isolated from embryos (embryonic stem cells, ESCs), from adult tissues (adult stem cells) or can be generated by reprogramming somatic cells, such as dermal fibroblasts (induced pluripotent stem cells, iPSCs) (Zakrzewski et al, 2019, Shi et al, 2017).  The three different types of stem cells each have potential advantages and disadvantages that may encourage or limit their use for medical applications. Embryonic stem cells are pluripotent, meaning that they can differentiate or specialize in any cells of the body, with the exception of the extraembryonic cells, which constitutes the placenta and the umbilical cord (Zakrzewski et al, 2019).  While pluripotency and plasticity makes ESCs the most desirable cell type for regenerating diseased tissues, ESCs raise the ethical issue of using them since their isolation from the inner cell mass destroys the embryo (Abdulrazzak et al, 2010). Additional to their ethical concerns, because of their pluripotency and proliferative ability, they can form tumors after transplantation (Hess et al, 2019). Because of their limited proliferative capacity, adult stem cells do not raise this issue, however they are much harder to culture in vitro and are considered multipotent or unipotent, in that they can only differentiate into fewer or just one specific cell type. Induced pluripotent stem cells are a rather new discovery so not much is known about them on their use for potential treatments, however they are the most promising because of their versatility and easy access (Shi et al, 2017). Similar to ESCs, iPSCs have the potential issue of tumor formation due to their proliferative ability.

Embryonic stem cells are stem cells that are found in the inner cell mass of a blastocyst. A blastocyst is a bundle of cells formed 5-6 days after fertilization of the oocyte by the sperm cell that undergoes cell division by meiosis (Yu and Thompson, 2006). ESCs have been differentiated in multiple  cells types such as cardiac cells (Liu et al, 2018) , vascular smooth muscle cells (Cheung et al, 2011) , nerve cells (Magown et al, 2017, Jones et al, 2018) and retina cells (Lakowski J, 2015,Mehat et al, 2018) to form healthy tissues that can be transplanted in injured or diseased areas of the body. ESCs can be easily identified and isolated from the inner cells of the blastocyst (Sills et al, 2005) and can be cultured and grown indefinitely in a lab setting to be used for research in medicine and science. These extracted stem cells are extremely valuable and have shown great potential for regenerative treatments as well as for drug development and testing (Yu and Thompson, 2006).

Induced pluripotent stem cells are derived from somatic cells such as skin or blood cells and are reprogrammed into an embryonic-like state (Shi et al, 2016). Researchers associated pluripotency, unique to ESCs, with genes or factors that are only expressed by ESCs. In 2006, Shinya Yamanaka, identified four genes (Myc, Oct3/4, Sox2 and Klf4) with encoded transcription factors that could convert somatic cells into pluripotent cells (Zhao et al., 2013). The reprogramming of somatic cells with the introduction of these four genes led to the discovery and use of iPSCs which have paved a way to more efficiently identify and model disease cells that were not very successful in animal models. After their discovery, iPSCs have provided a strong headway into regenerative medicine, to repair damaged cells, tissues or organs. When conducting a normal tissue or organ transplant, it is imperative that the cell, tissue or organs donor’s physiological profile matches that of the patient. Not being able to meet these specific conditions is one of the common reasons patients die in urgent situations of accidents or patients who have been suffering degenerative diseases. The use of iPSCs, that can be reprogrammed from the healthy cells of the same patient, can greatly reduce the risks that come with transplants. Since iPSCs can be directly generated from skin and blood cells of patients, the cells which will be transplanted are from the patient’s own body. In addition, patient-specific iPSCs allow researchers to look more closely at the disease relevant cells in the patient’s body.

In contrast to embryonic stem cells, adult stem cells or somatic stem cells are stem cells found in the adult body, especially in the bone marrow, blood vessels and in the adipose tissue (Stem cells, 2001). They are found in the adult tissues and are more difficult to expand in a lab setting since they do not duplicate as easily as ESCs and iPSCs (Stem cells, 2001), therefore they can be cultured for a lower number of passages in vitro, yielding smaller numbers of cells. These cells are more specialized compared to ESCs and iSCs and usually only give rise to limited types of cells, dependent upon the tissue type they have been isolated from (Stem cells, 2001). For example, stem cells found in the bone marrow differentiate into red blood cells, white blood cells, and platelets, however, they will not differentiate into cells of other tissues, such as liver, or brain cells. In a few cases, it has been demonstrated that adult stem cells of various tissues could be reprogrammed into IPSCs (Labusca et al, 2019)

3. Use of stem cells for treating Alzheimer’s disease (AD)

Alzheimer’s, a disease characterized by memory loss and cognitive impairment has troubled society due to its unknown causes as well as lack of treatment for the disease. With the transplantation of stem cells, researchers can investigate how these regenerative cells could potentially slow down the development of AD in the brain as well as using them as new drug screening platforms by differentiating them into multiple brain cell subtypes.

The use of stem cells for the development of in vitro platforms for drug screening and discovery allow to create patient-specific models of diseases, including AD. With these models, it is possible to examine the effects of promising drugs on the cell types most relevant to AD and to screen through a variety of compounds that directly target parts of the brain in relation to the disease itself.

In this context, stem cells are used as a source to differentiate healthy cells of the brain for studying molecular pathways and physiologic/pathologic cell phenotypes in vitro. In particular, ESCs and iPSCs have been differentiated into different cells of the brain, including distinct neuronal and glial cell subtypes, as well as astrocytes (Little et al, 2019).

Furthermore, cells from patients carrying specific mutations associated to AD have been isolated and reprogrammed to iPSCs and further differentiated into neurons, to determine the optimal, patient-specific treatment to attenuate the effects of the pathology (Yagi et al, 2011, Israel et al, 2012, Muratore et al, 2014).

In addition to drug screening applications, stem cells can be directly used as therapeutic agents to slow down the progression of the disease.

Arnhold et al. demonstrated for the first time the possibility of differentiating ESC-derived neural precursor cells into neurons and astrocytes directly after transplantation in adult rat brain (Arnhold et al., 2000). The authors also demonstrated that the precursor cells were mature and fully functional after transplantation. Several studies showed that after transplantation, ESCs are able to integrate with other cell types in the brain (Nasonkin et al., 2009) and secrete reparative molecules to regenerate injured regions (Zhang et al., 2006). Furthermore, it has been demonstrated that the ESC-derived neuron precursors are able to integrate with the host brain tissue. Aubry et al (year) suggested that the optimal number of cells to be implanted has been found to be 15×103 cells per animal.

iPSCs therapy is relatively new for Alzheimer’s disease. There are several studies in literature focused on the use of iPSCs for developing 2D and 3D models of brain diseases, including Alzheimer’s disease. Since iPSCs can be derived from AD patients, researchers have the ability to look at the specific genes and molecular pathways  associated with the disease in the neural cells (Shi et al., 2017). Furthermore, since these cells self-renew themselves, researchers can recapitulate how the disease grows and progresses and behaves in simple in vitro disease models (Shi et al., 2017).

Furthermore, it has been recently demonstrated that neurons can be successfully differentiated from fibroblasts (skin cells) reprogrammed into iPSCs (Liu et al, 2012). These cells have demonstrated similar morphology and function as these of the neural cells in the brain. Transplanted iPSCs-derived neurons are able to survive, maintain their function and even mature into the brain of mice models (Eckert et al 2015, Fujiwara et al, 2013). Promising therapeutic effects have been shown by Eckert et al, that demonstrated attenuated post-stroke effects and augmented neurological function in a mice model of stroke starting only 24 hours after the injection of iPSC-derived neurons (Eckert et al, 2015).

Fewer research studies are available that use adult stem cells for brain regeneration and AD. Stem cell therapy with adult stem cells often involves the use of mesenchymal stem cells (MSCs) and their expansion and  differentiation into neural cells (Liu et al., 2020) however these cells exhibited a low yield of differentiation and decreased stability compared to ESCs- and iPSCs-derived neurons when transplanted in vivo.

This paper describes just a few out of many examples of how stem cells can be used for the cure and research of AD. There are countless diseases in the world today with no known cure, but extensive research of stem cells could bring about countless possibilities and opportunities in which they can be used to cure untreatable diseases through applications in regenerative disease as well as disease modeling. Stem cell ability to differentiate into any cell type  and to recapitulate patient-specific diseases will allow for more ground-breaking methods and treatments to be discovered by studying more thoroughly at how the disease behaves. With more research on the use of stem cells for Alzheimer’s Disease, researchers will be able to look at the development of AD in neural cells and hopefully show promising results for a treatment that no one will fail to remember.

Stem cells which could be described as the most basic form of life were discovered about 30 years ago. These small cells which are in their simplest forms not only give rise to the most complex structures in the body but also show a hopeful future and solution for devastating diseases in the world today. It’s a gift in the simplest of essences yet in the most intricate of ways.